Pedestrians were being put in harm’s way.  Children had to walk in the street with the fast moving cars on their way to and from school. Most adults had to bend down to pass under the low hanging tree branches. The sidewalk on the East side of DeSoto Avenue between Burbank and Serrania (about three city blocks) was blocked with debris, trash, dirt, overgrown trees and foliage.  Private property owners and the City were lax in taking action. Not seeing any results from anyone else, area resident and personal injury attorney, Vivian Yochelson and Real Estate agent, Cindy Libonati, went to task to set up a one day community cleanup effort.

They inquired about a permit with the local Councilmember’s office and found out they didn’t need one.  The Councilmember’s office, via the West Valley Alliance, provided tools, gloves and 100 garbage bags.  While Cindy Libonati reached out to local homeowners and provided free water and ice for the event, the volunteer clean -up crew, comprised of local neighbors, brought bagels to share and hamburgers were offered after the long mornings work

Using Social Media, phone calls, personal conversations and the Next Door App Vivian and Cindy organized a group of people of all ages, one as young as 8 years old, to show up with tools and enthusiasm to clear the path. In addition to community volunteers, Vivian also paid for professionals to cut down the overgrown tree branches and for debris removal. People who didn’t get the notice, but saw the work being performed when they walked their dogs, came back to join in and help. The before photos show how impassible some of the areas of the sidewalk were. Working tirelessly from 8am to 3pm, Vivian and her team managed to clear the sidewalk from Serrania to Burbank. The results of their efforts can now be enjoyed by other area residents and children can more safely walk to the nearby school.

And now we wait to see if the City does their part to pick up all the bags and tree branches.

BEFORE PHOTOS. Cleanup efforts on DeSoto Avenue in Woodland Hills between Burbank and Serrania 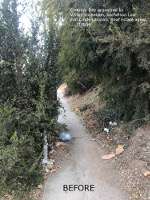 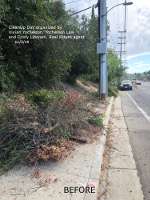 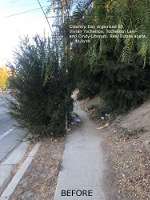 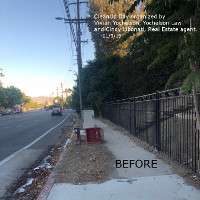 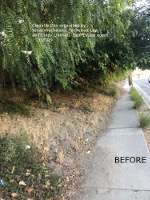 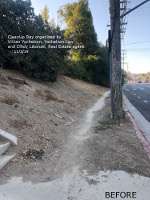 AFTER  LONG DAY OF WORK: 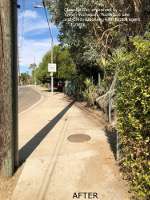 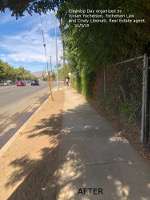 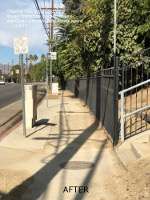 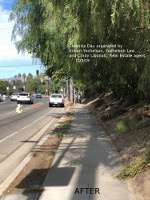 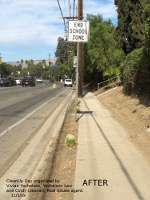 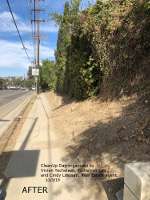 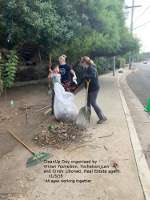 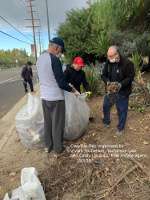 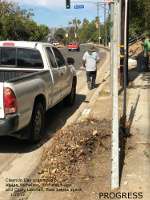 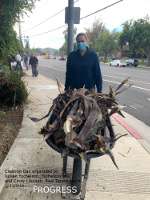 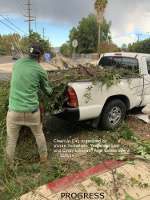 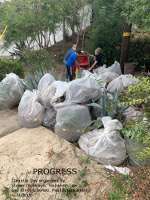 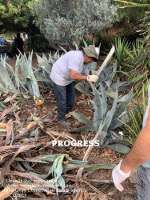 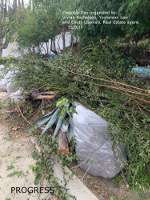 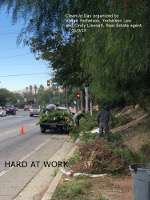 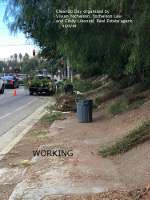 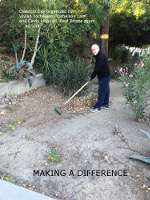 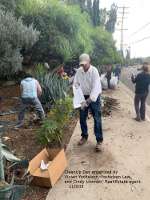 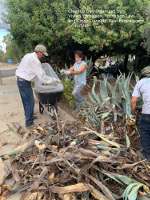 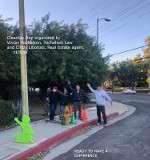